In this argumentative era, AI (artificial intelligence) has turned out to be an incredible tool for humans. It’s been increasingly popular in every field of industry. It’s not just science fiction anymore; it is now a part of our reality.

As the demands of the AI is ever-increasing, so is the competition for making a better and advanced AI programming. But a company’s first impression isn’t caused by the products presented, but the face of the company, which is the name and logo, followed by the company’s motto. So, Henceforth, making a unique yet attractive logo in such a heavily competitive industrial market is quite essential.

How to design a logo specific to the AI industry?

Make sure to research the background and priorities of the client’s company. If the company focuses on making AI for mobile phones, your logo can be related to phones. The same goes for any AI company. As AI has a vast application, the inspiration for logo making companies is limitless. You can stick with the classic robotic face, brain with digital neurons or wire or a bulb with neural networks all around it. Something like this:

Or use the after-image of a robot itself. Maybe something like this:

As mentioned above, AI has its foot in every industrial sector. So, what about the designing industry itself?

Well, it’s already happening! AI’s are smart enough to design logos for other companies. Logo making companies are facing difficulty because AI programmed logos are cheap and reliable for their uniqueness. The insignia maker or emblem builder applications can be made use of for generating thousands of recommended logos in a matter of seconds!

The only thin line between an AI and humans are that humans have creativity and are not bound by any programming. Though it may just be a matter of time. Scientists are working on AI which can think like humans and make their own decisions befitting the work on hand.

Designers need not worry, though. It’s improbable for an AI to beat the superior thinking and creativity of humans shortly. But AI is surely capable enough to perform human work, such as writing an article. You never know, this article may be written by an AI!

While we wait for AI to come along and do everything for us, let us set to learning about AI. Which automatically points to the need for e-learning courses in AI, which in turn points to a need for logos for the course creators. You have several pointers given above. Go ahead and create a suitable logo for your AI course. Need some inspiration? Look at logos of multiple AI courses at Get Me A Course. 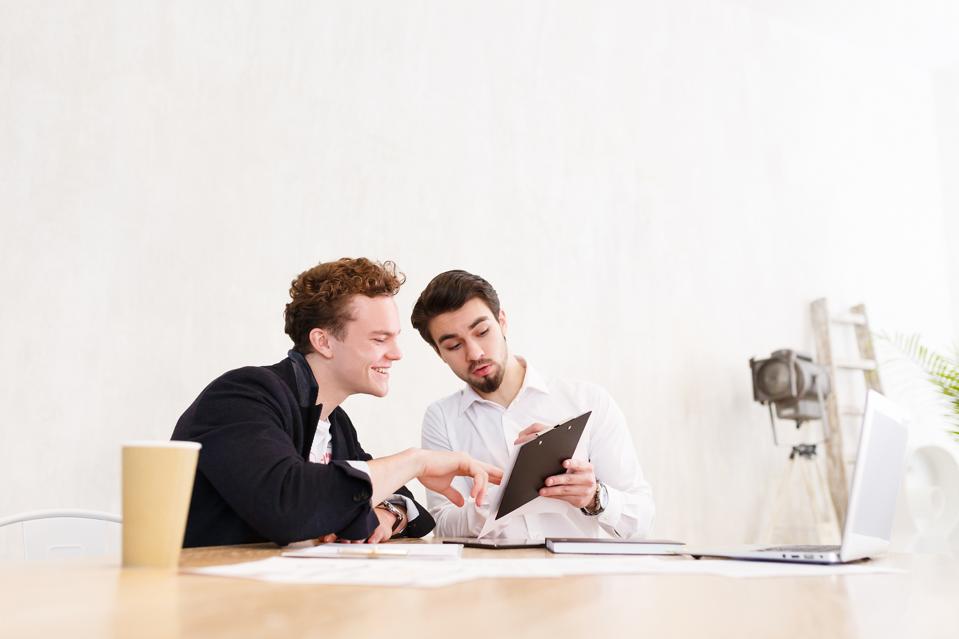 The number of tech employment opportunities is expected to increase by 12% by 2024, which will lead to more and more jobs becoming available to IT professionals looking to get into the space, according to a report by Modis. With the number of tech positions in web development, biomedical engineering, cybersecurity and analysis expected to grow exponentially within the next year, one may find the competition to acquire a skilled job candidate harder than they think. END_OF_DOCUMENT_TOKEN_TO_BE_REPLACED

2017 became the Year of Intelligence: the advance of technological achievements has triggered exciting and unexpected trends with wider impact horizons and very promising business prospects. This year we expect drastic exponential changes in every technological direction. Machine learning and artificial intelligence will transform the entire industries, making way for virtual helpers and a myriad of cases for automatization. The Internet of Things (IoT) will become more intelligent, uncovering a huge potential for smart homes and smart cities. A more efficient human-machine interaction will become established with the natural language replacing specific commands. END_OF_DOCUMENT_TOKEN_TO_BE_REPLACED

Artificial Intelligence (AI) is the world’s most exciting frontier for knowledge and technology. Everywhere you look, people are talking about intelligent machines improving our lives. For all of the excitement, many of the concepts and applications are still highly technical, and can be confusing if you’re not familiar with the basics of AI. If you have questions, you certainly aren’t alone!

Read on to learn answers to some of the most commonly asked questions about AI. END_OF_DOCUMENT_TOKEN_TO_BE_REPLACED

Virtual Reality has the potential to change how we shop, learn in school, and get treated in the hospital. Businesses are hunting for people who understand how to design technology and experiences for this new medium. Starting today, we’re excited to make it possible for anyone to become leaders in applying VR to enhance everything from gaming to training. END_OF_DOCUMENT_TOKEN_TO_BE_REPLACED

The robots are coming! The robots are coming! Actually, in some cases, they’re already here. Not everyone needs to learn how to program the robots, but we’ll all need to get comfortable working with algorithms and bots as well as people. Will they be friends or foes? And what can individuals do to position themselves for success in this brave new world? END_OF_DOCUMENT_TOKEN_TO_BE_REPLACED